Tindervote Inspired by some friends who had run a similar intervention in the 2017 UK Snap Election to support Jeremy Corbyn, I joined a team to get out the youth vote using a Tinder bot. This sequence sort of explains it all:

Volunteers ran the bot on their own Tinder profiles while they did double-duty on other important canvassing tasks like knocking on doors. The bot matched the volunteer's profile with students on college campuses in Virginia, and encouraged them to make plans to vote on election day. The engagement rate was 8%, and the number of canvassed people who made a voting plan was an equally impressive 6%.

The volunteers were able to interact with upwards of 90 other singles per hour, facilitating large-scale digital canvassing in key swing districts and college campuses.

But the volume wasn’t the best part; it was the quality conversations where canvassers took over for the bot and made plans for non-electoral activities. Unlike the disinformation bots running rampant on social channels, Tinderbot did what we think bots do best — connect real people with real people. 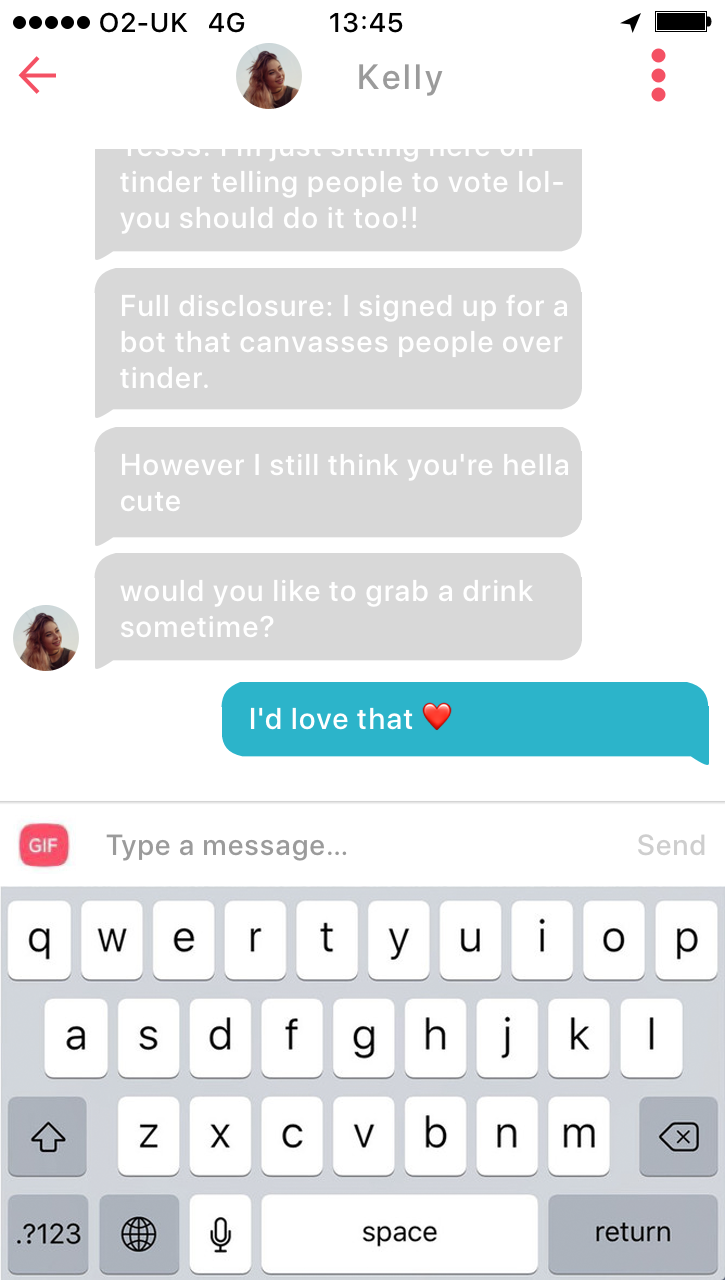 The inspiration for this intervention can be found here: How Tinder Could Take Back the White House - New York Times 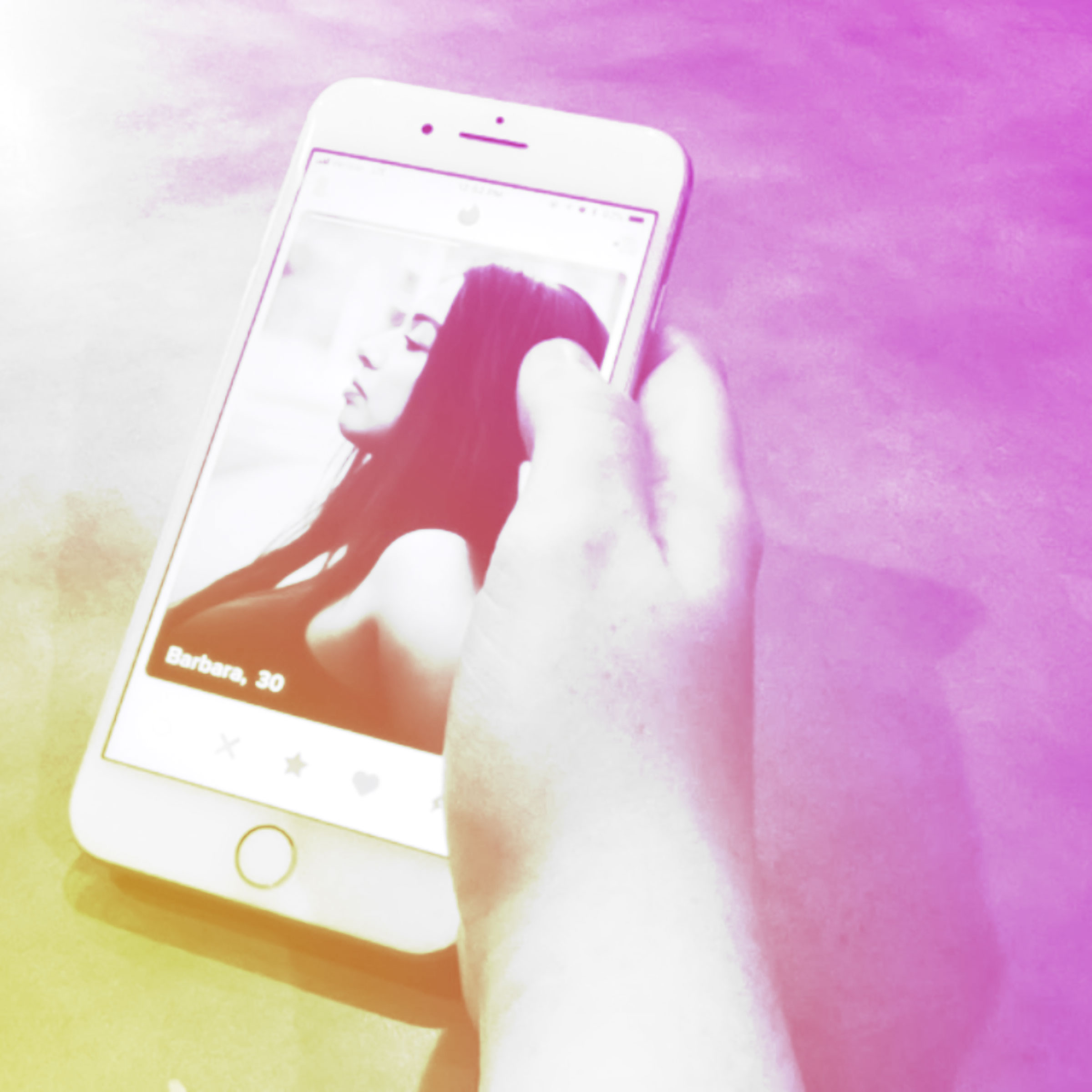